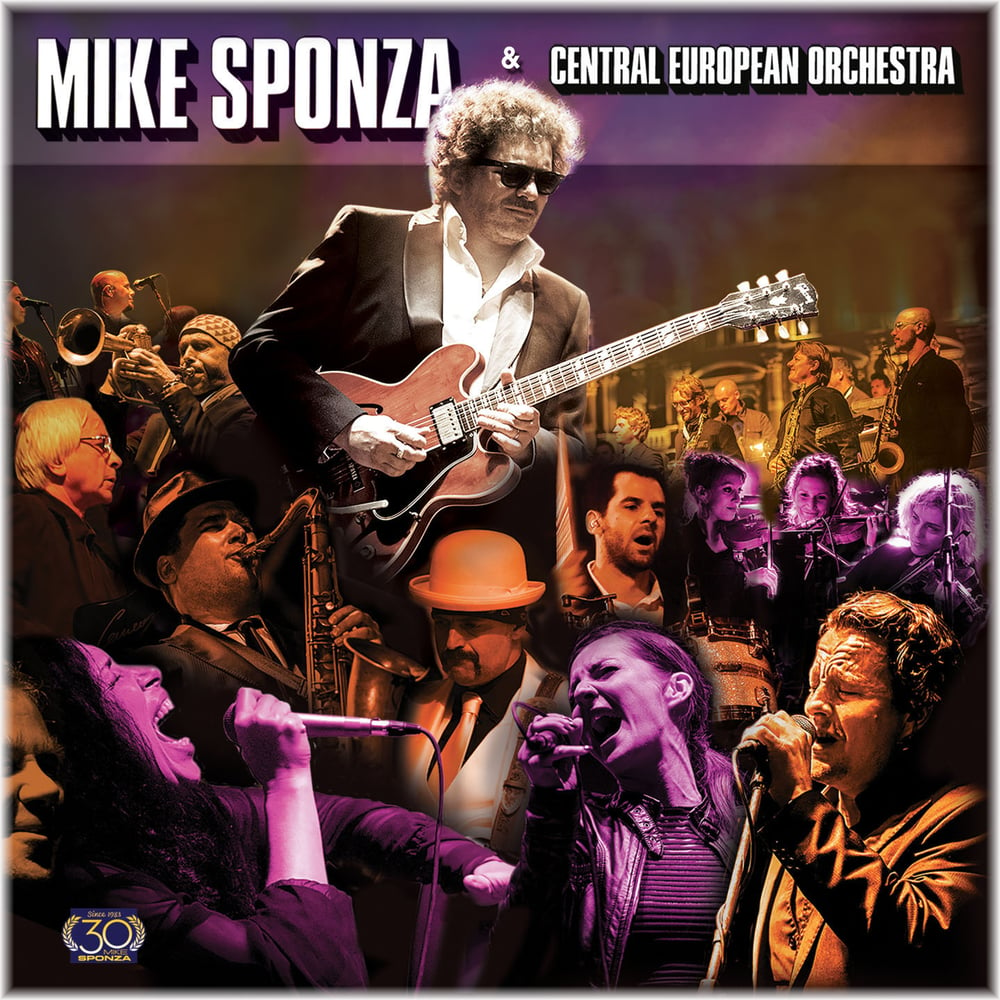 A real orchestra, with violins, cellos, brasses, back vocals, percussions… and a blues band.
This is Mike Sponza’s way to celebrate thirty years of music: when he bought his first guitar, back in 1983, he would have never thought that one day his songs would be arranged and performed by a 30 pieces orchestra. But it happened!

When, in 2012, Slovenian musician Primoz Grasic proposed Mike to write orchestral arrangements of his compositions, he immediately started to think how to make this real and to produce an album: it’s not been easy… it took more than a year to find the right chance and the right partners.

The right partner is the new Swiss label “Epops”, which trusted Mike’s idea and produced the cd and the dvd. They found the right chance in Trieste (Italy), in a mid-fall rainy night.

Sure, this is a very ambitious project: on one side it breaks some “rules” of Blues music, on the other it allows MIke to dare to do something really new: 14 original tunes, written in English by an Italian “bluesman”, arranged and performed by Slovenian musicians.

There is a lot of music in this recording: Primoz Grasic has a tremendous artistic background, a unique preparation, and such a free vision of the orchestra sound to blend a blues quartet with an ensemble of 26 musicians, like it was the most normal thing in the world.

And then we have the special guests: Ian Siegal – we collaborate since 2006, he doesn’t need and introduction to blues lovers… Also, Lara-B and Lela Klapowitz are two fantastic singers from Slovenia and Croatia with different backgrounds: it’s been a real pleasure discovering their way to perform Mike’s songs.